Being able to say whatever’s in my head, no one can police it

We were honoured to cast the limelight on Manchester’s proudest 7 foot super model drag queen, based out of Islington Mill.
Banksie represented the creative input from the LGBT+ community in Manchester, as Drag showcase performance,
make up, styling, culture and drama.Find out more and sign up to the Creative Scale up Programme 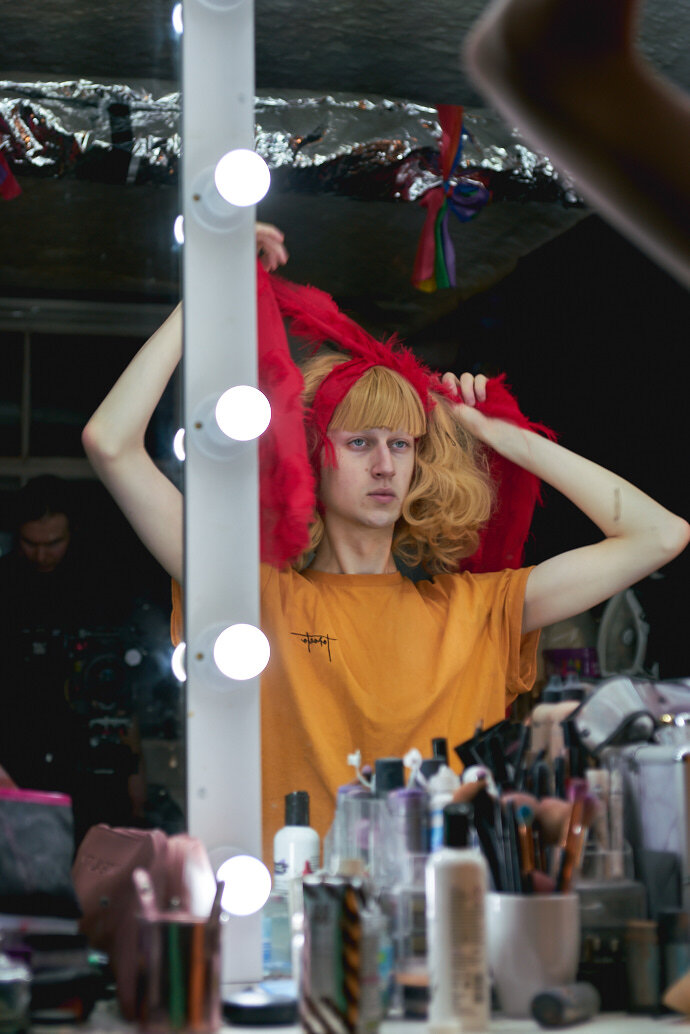 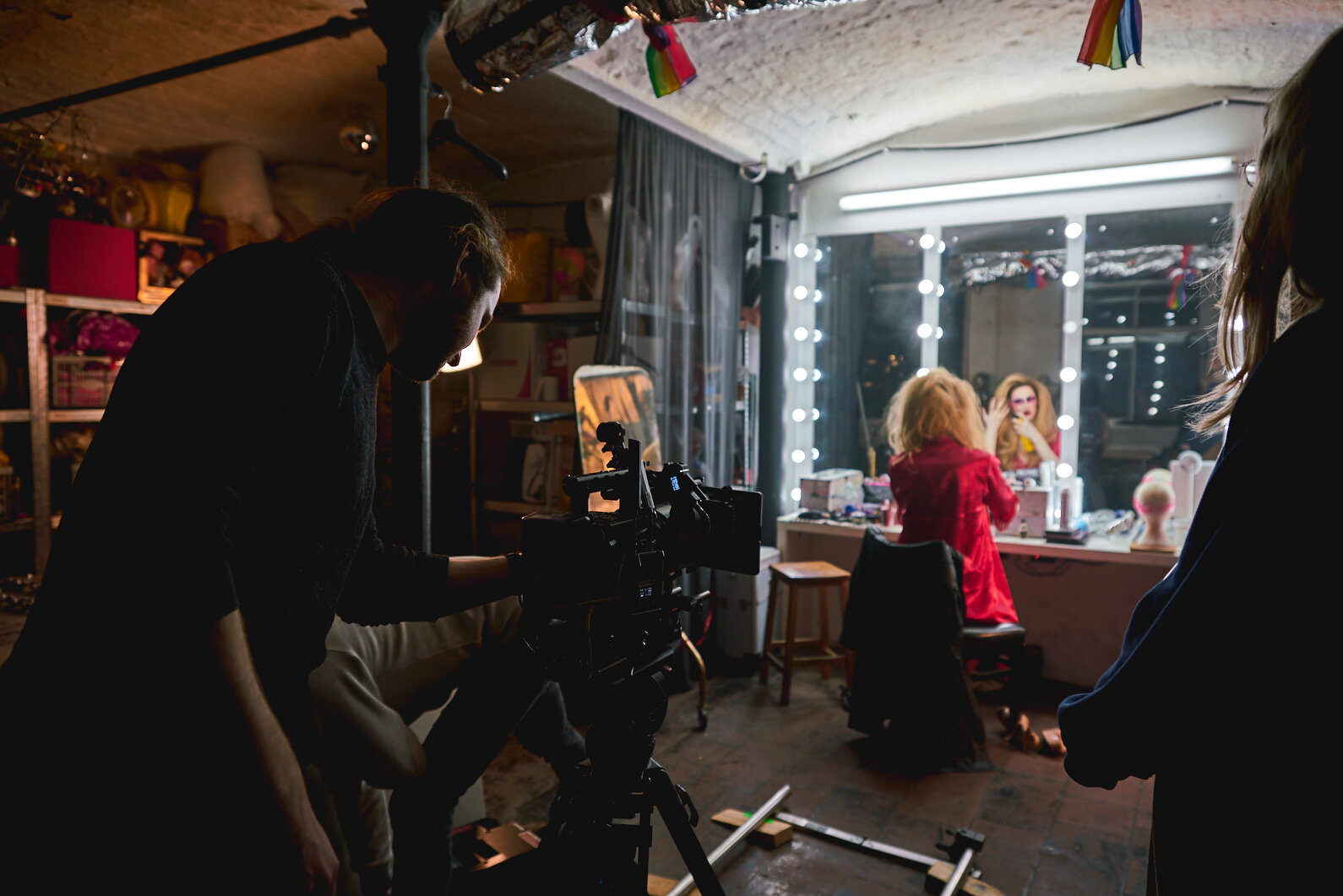 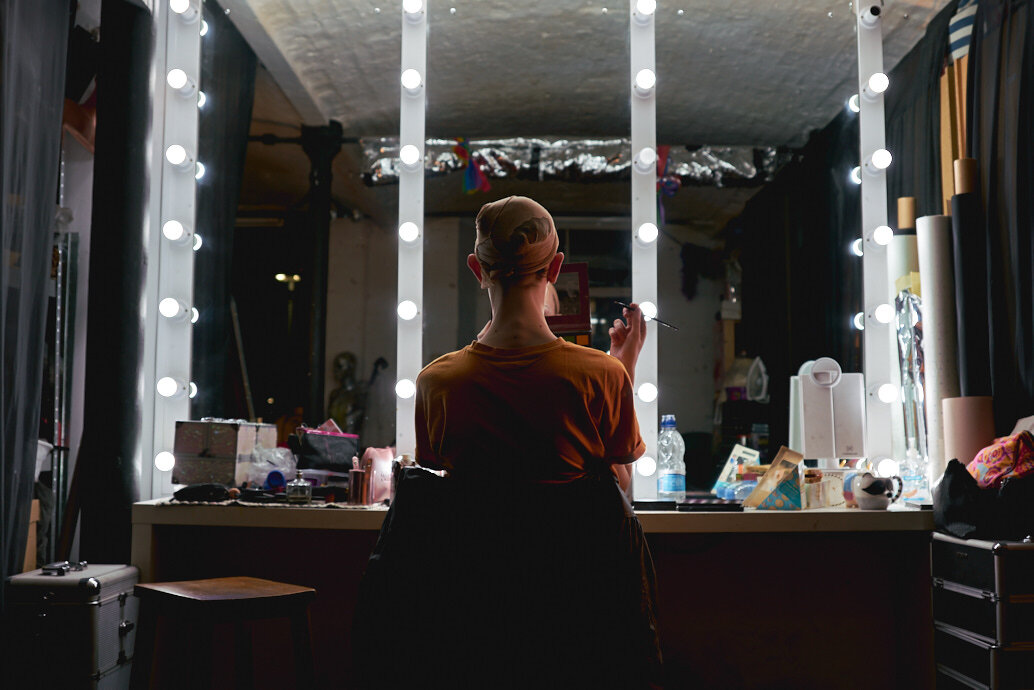 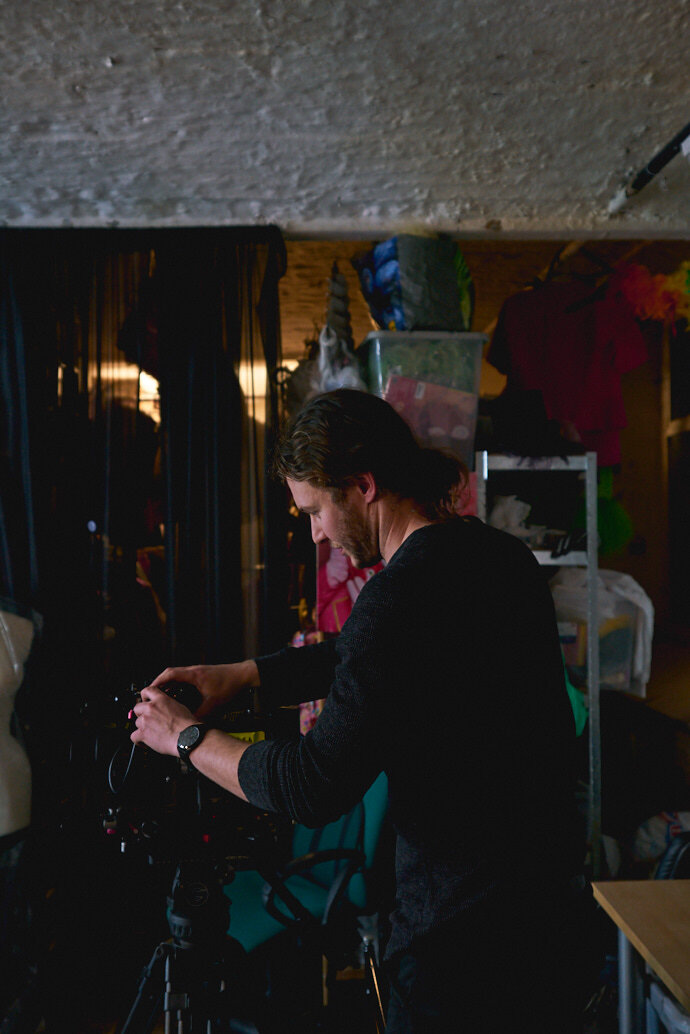 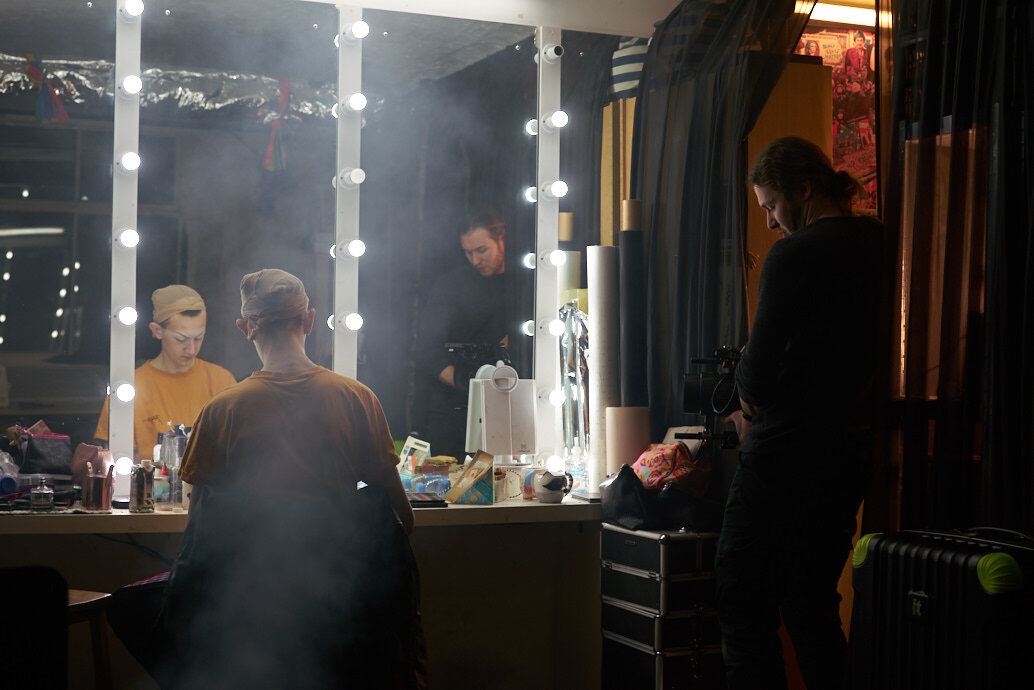 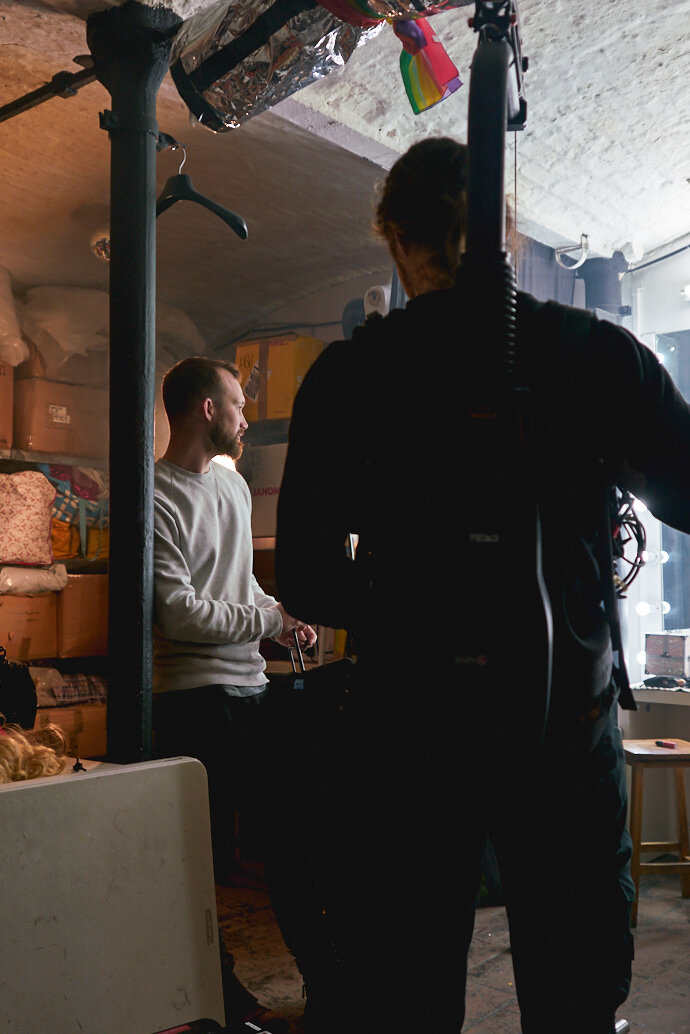 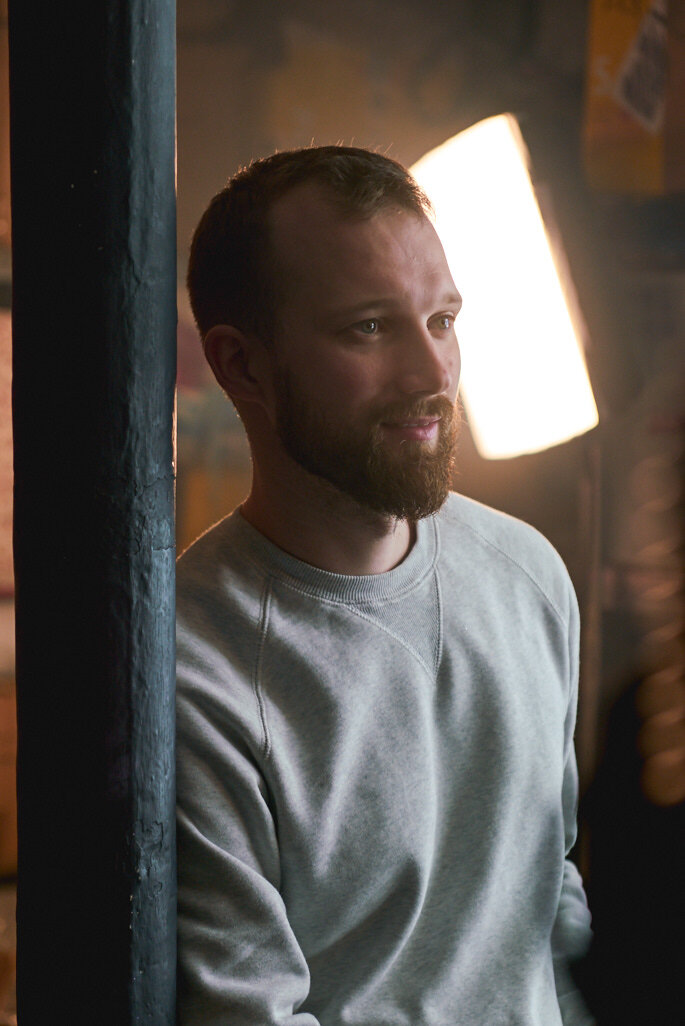 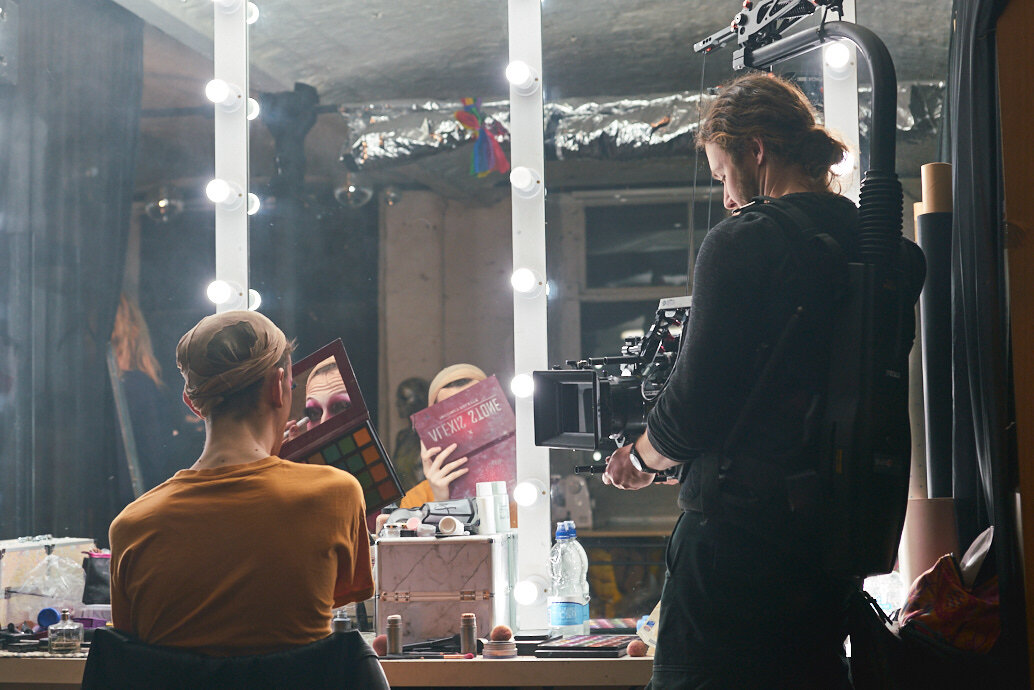 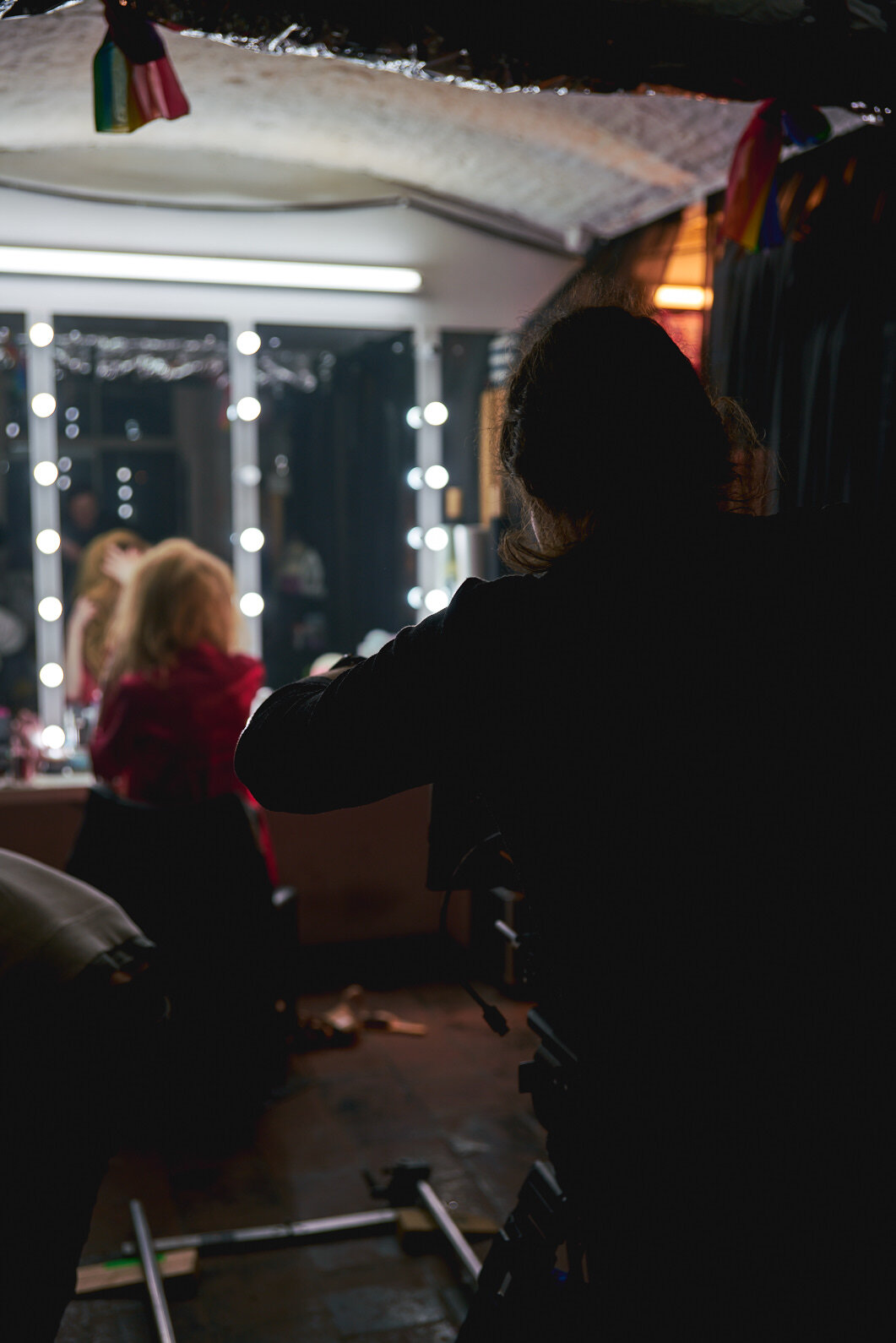 What brought you to Manchester?

I came to Manchester for a mix of drag and university, so I just turned 18, I was trying to make my decision on where to go and I’ve been doing drag since I was about 16 so I thought, you know what, Manchester’s a great spot because it’s a mixture of a really good university for what I wanted to do but also because I mainly wanted to find this career path and find this sort of underground, queer system that I hadn’t really experienced before. And sort of went and just did everything.

What did you do at university?

I did filmmaking, filmmaking at Manchester school of art. I’m still doing it actually, finishing it off this year; its one of those where I feel like Hannah Montana, so like the best of both worlds but also the worst of both worlds happening at the same time. Im having to balance a university degree thats… hard, and a drag career thats going up and up and up which is really great but this university career is going like “come back down and go back down to planet earth for a little bit” you know what I mean.

What goes through your head when you’re about to come on stage?

I’m shitting myself to be honest, I hate that moment, its the worst moment. Theres always that one thing in the back of my head thats just like “run, like you can get out and just go away” because I hate the buildup to performance but as soon as I’m on stage its like no other, its amazing. Weirdly enough, I’m not really religious but every time I go up on stage I pray for some reason? I literally just stand in a corner and be like “ok, you’re gonna do really good, and something up in the sky is gonna make you do good, do it” every single time, and for some reason if I don’t do it, I fall or like mess up and if I do end up doing it, it goes really well, its weird and I don’t know why it happens, been doing it since I ever started.

So what would you say has been your best performance?

My “favourite” performance would be my least successful performance ‘cause I find it really funny. I was actually doing the song I’m doing today which is the worst bit, it was the first time I ever did it and I was wearing my new shoes because I thought ‘I’m gonna wear my new six inch stilettos and I’m gonna have a really good time’. I mistakenly thought ‘oh its smart to do this number thats really high energy and fast and movementy’ in a six inch stiletto with a tiny heel.

And I jumped from a table to the stage, it was about a 2 metre jump and I wanted to jump it and I was like ‘I’m gonna do it’ and I usually do it in a big chunky platform, and I jumped it and I fell flat on my face, twisted my ankle and I was out of drag for 3 and a half weeks, but it was funny as, it was so good. My most successful one to date, I always think the ones that I’ve put together, so all the numbers that no ones over done before or the ones that people have never heard of and they go “what was that song, I love that song”. Theres a song that people know me for it’s called big burger by bip ling, which is this really underground, alternative DJ from London and she did this song about being a waitress and like eating a bit burger, its really techno and weird. I did it as a McDonalds employee, throwing burgers out my tits at people and people would come up to me in the street saying “bitburger bitburger. Its one of my mot successful ones but I like them all to be honest

Why do you do drag?

I think I do it because I was this little boy who was very pushed down, I was very feminine since I was 5, I would always walk around in a princess outfit, I dressed as Hercules for like 2 years. Then as you get older your slightly pushed with this idea of what is supposed to be on you and what you need to do. And the whole point of me doing drag is to say two up to you, I wanna do exactly what I wanna do, and I’m gonna do that by becoming this complete different character, it might be a bit sociopathic or a bit schizophrenic by becoming this complete different person. But when I’m Banksie, I could rob a bank as banksie and nobody would know it was Johnny Lemoy, and thats the power. Its a super hero costume, thats all it is, its the same power rangers outfit I was wearing when I was 4… its just got tits

What do you get out of it?

Moneyyyy. (laughing) I think its just the freedom, being able to say whatever’s in my head no one can police it. So when I put it into Banksy, no one can touch it and no one can manipulate it. Problem sometimes I find when I’m doing filmmaking is I have to work in such a big team that a lot of the time my pieces get diluted or my ideas get a bit lesser and lesser, so when I’m Banksy because its literally me, I do my own hair, make my own outfits, create my own tracks, make everything myself I am like a sole contributor to this character. So its sort of the freedom to be like “oh, you are purely what’s in my head, purely the art that I’m creating, so it is freedom, it is massively just being able to be unapologetically yourself 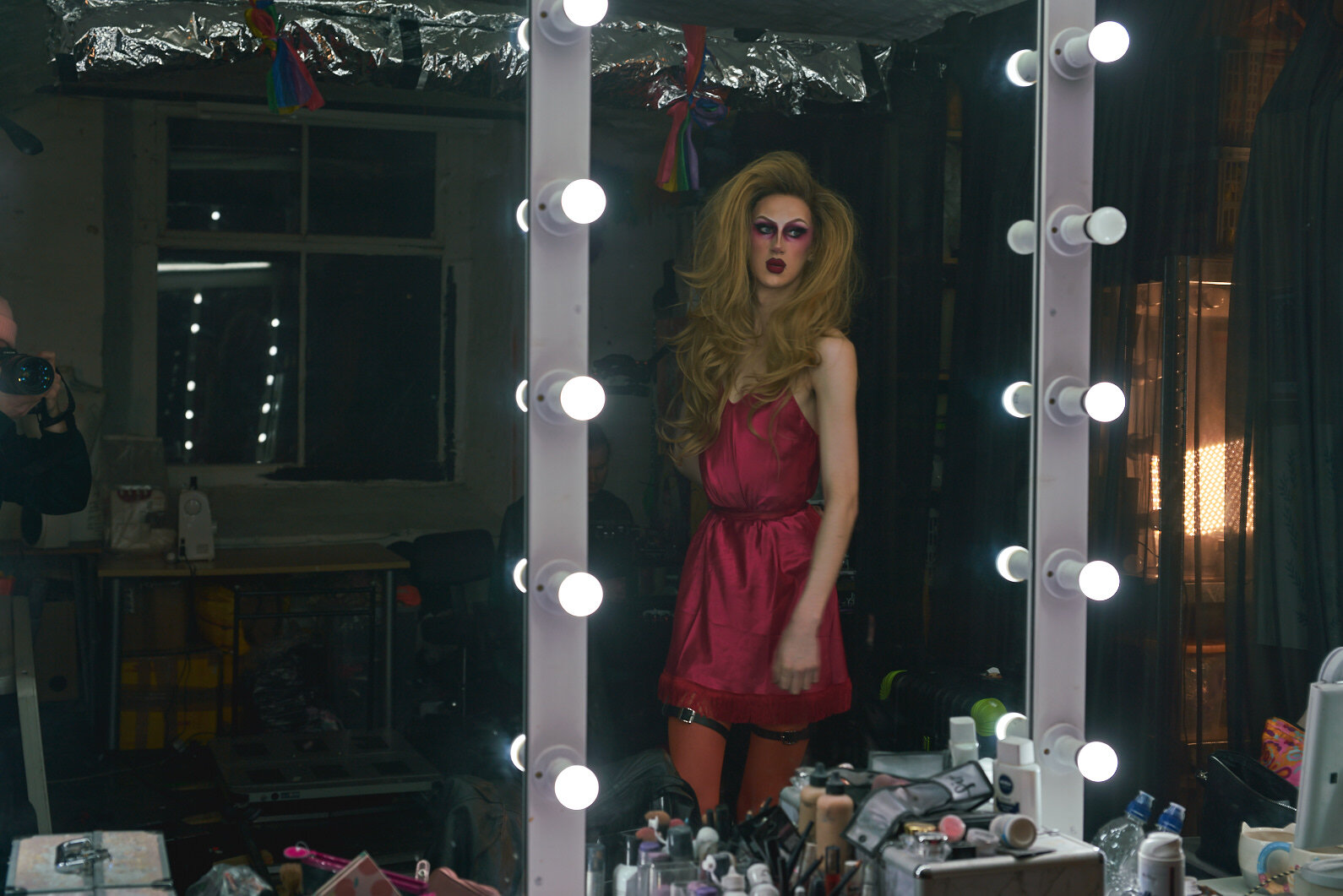 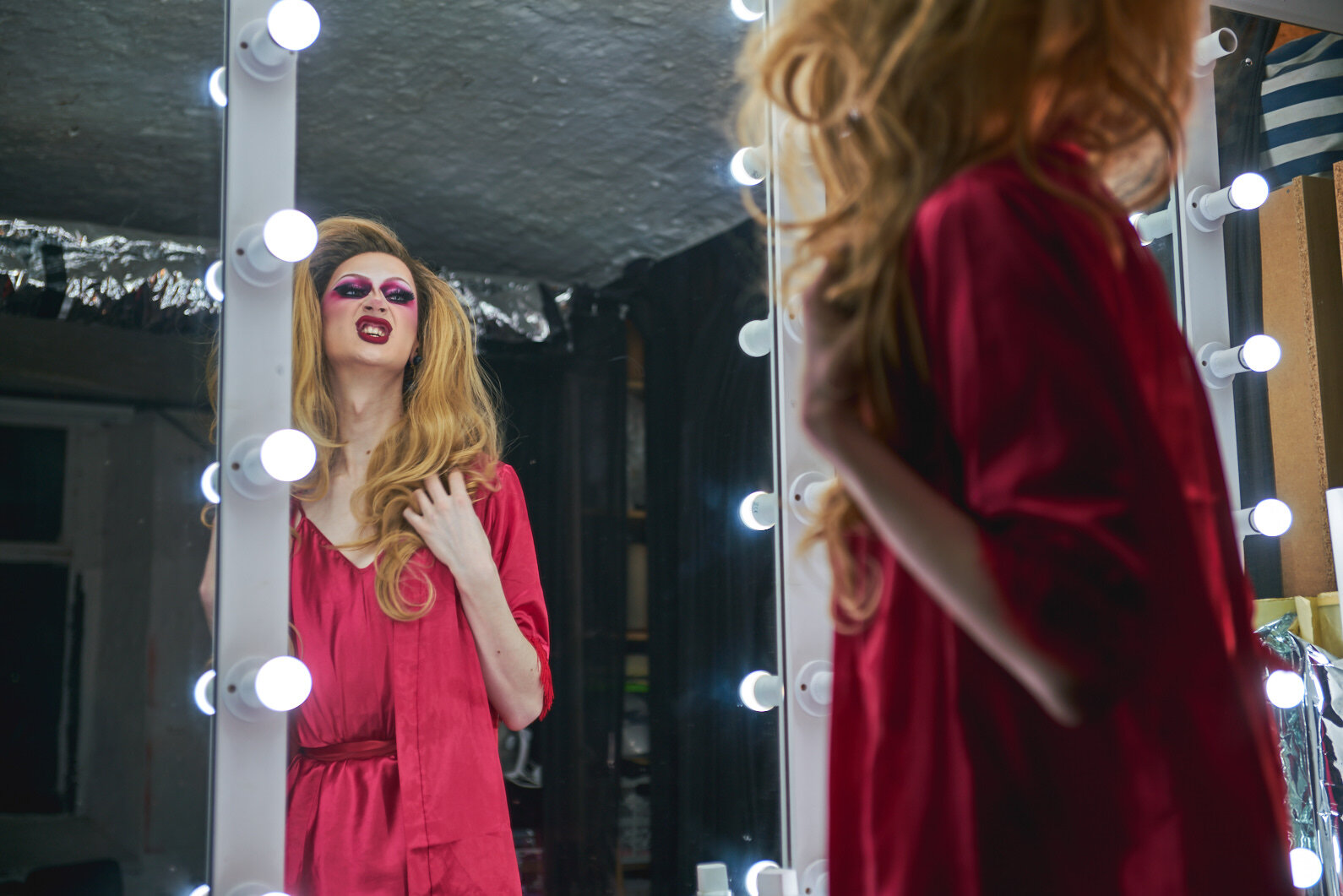 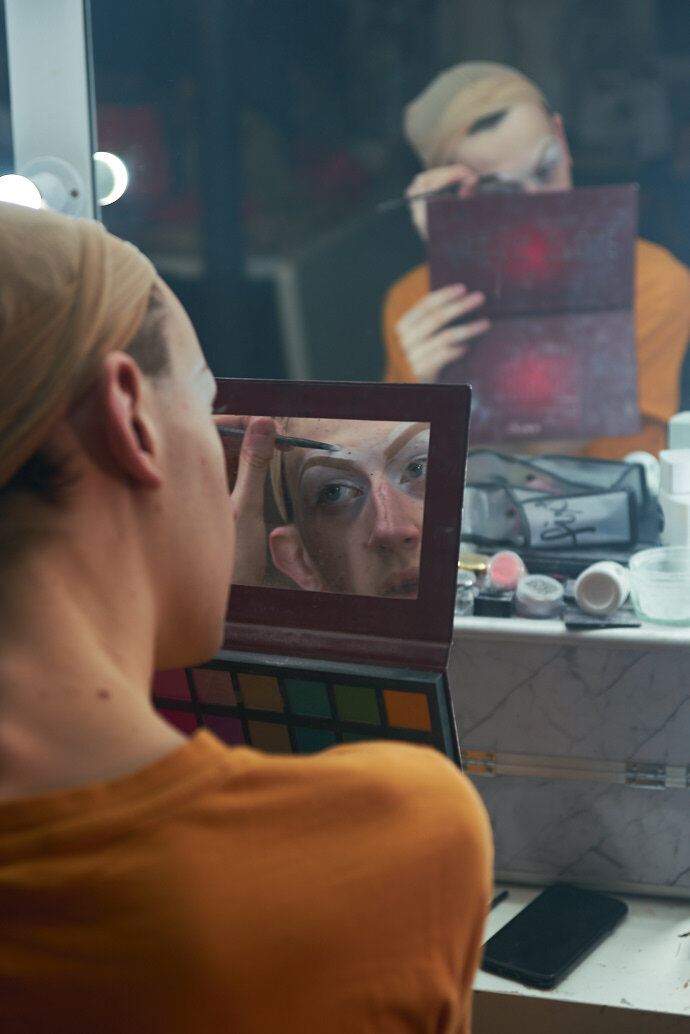